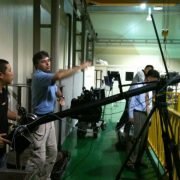 I love to travel and it’s a good thing I do. Sometimes, the video production business takes me to unexpected places, often with very little notice.  This one was one of those.

The video shoot was for a high-tech manufacturing company which fabricates various holders for use in the silicon wafer manufacturing process. We are producing a promotional video for them to showcase their capabilities. The company’s facilities are in Fremont, California, and Gumi, South Korea. After shooting in Fremont, I went to Gumi for two days to capture their larger factory. 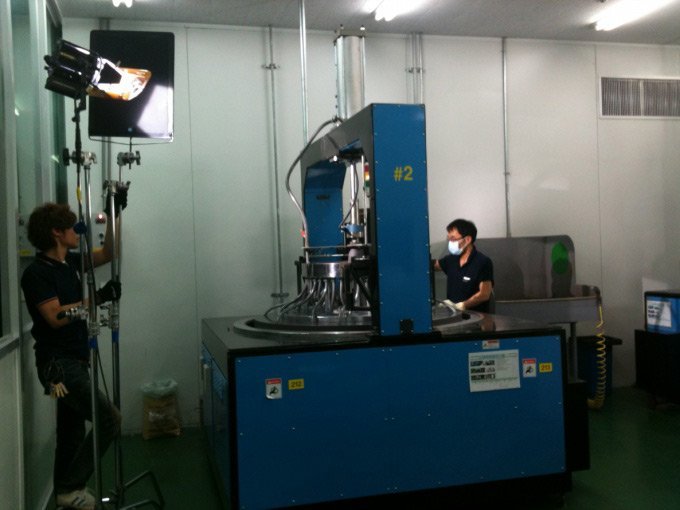 Lighting a shot in an industrial environment.

To keep costs in check I went solo, with only their sales rep. I brought our camera so that the image quality is identical for the two locations. Our colleague Donavan Sell’s wife is from Korea and she has good contacts in the Korean film industry, so with her help we hired an excellent local crew to do lighting and camerawork. Good thing, since the cameraman unexpectedly brought a large jib which allowed him to create beautiful moving images. 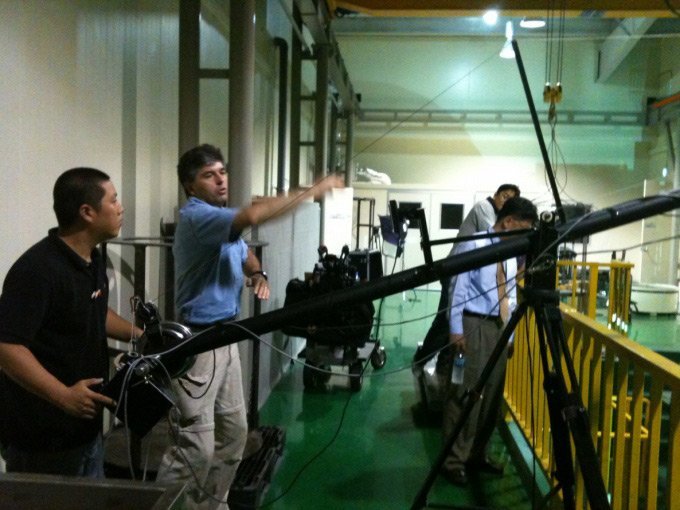 Directing a jib move by acting it out.

Here was one instance where the crew’s English skills were limited and my Korean was non-existent. But they brought along a translator at their own expense; I suspect she was one of the crew members’ girlfriends. It worked out great, but I think I could have managed even without the translator. 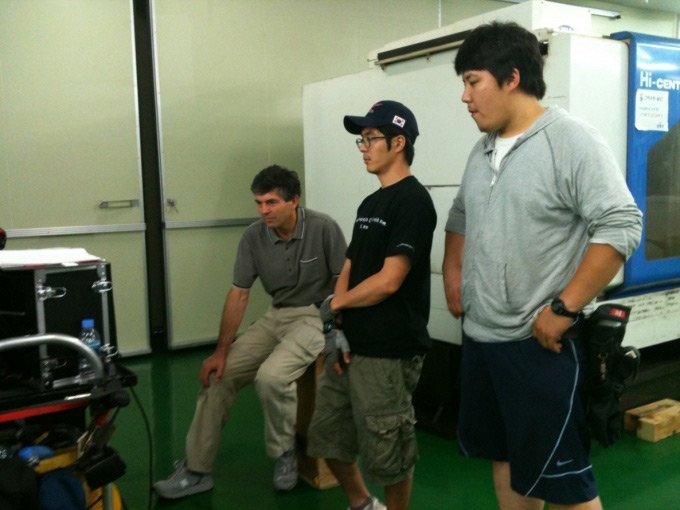 A video production crew looks the same no matter where you go.

Once again there was heightened tension between North Korea and the rest of the world, even though the South Koreans pretty much dismiss it. About 45 minutes before landing in Seoul I noticed the airplane making an odd turn. Then it flew an arc so as to avoid North Korean airspace. I don’t know if this is normal, but it shows you where things stand.

Gumi is a factory town, full of Samsung and LG manufacturing. On the way back my host, the sales rep, didn’t join me, a factory driver just put me on a bus for the three-hour drive back to the Seoul airport. Strange to think I spent more time in an airplane than shooting at the factory, but it was a fantastic opportunity to glimpse a bit of South Korea.