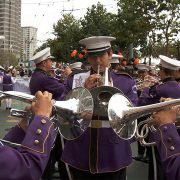 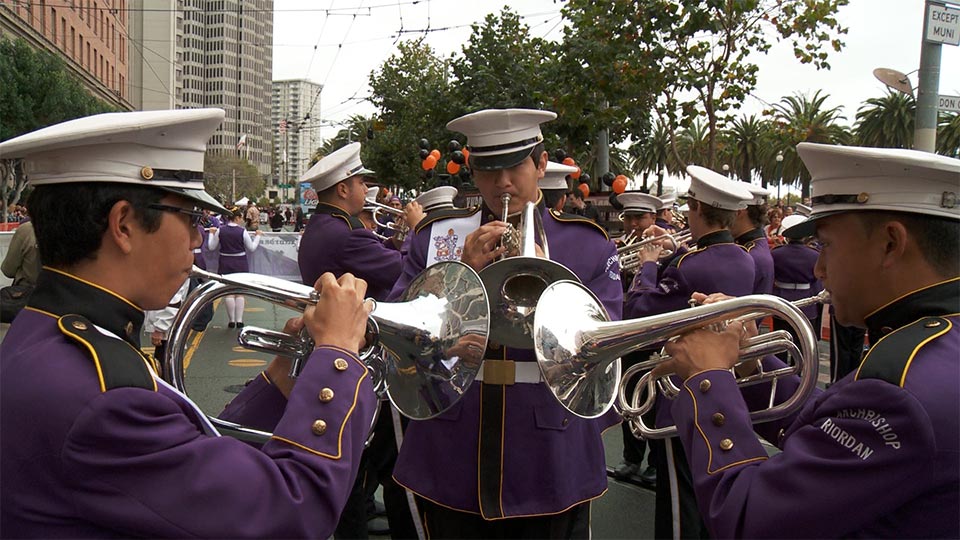 The big horns rehearse for the big parade.

Sometimes it’s the small video promotional programs which are the most fun. We got a call yesterday to film the Archbishop Riordan High School Marching Band participating in the San Francisco Giants World Series Victory Parade. I was a one-man-band behind camera and I had full access to the entire parade route. That gave me a chance to cover the band from many angles as they played their hearts out. One of my best ideas was to bring a monopod. I thought I’d use it instead of a tripod but it became much more versatile than that. I got sweeping high-angle shots of the parade and even managed some sweeping crane shots right over the fans lining Market Street. 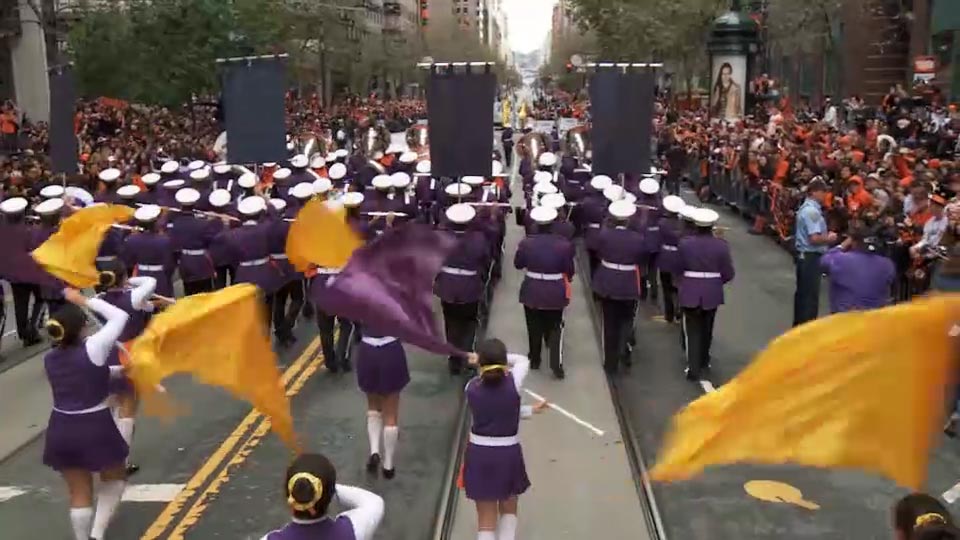 The camera was 15 ft. off the ground on a monopod.

This video program was all about motion and having a good time. Sometimes corporate videos have this vibe, but it’s rare. As a promotional video, you couldn’t ask for a better venue to show how much fun it can be if your child chooses to play in the band. 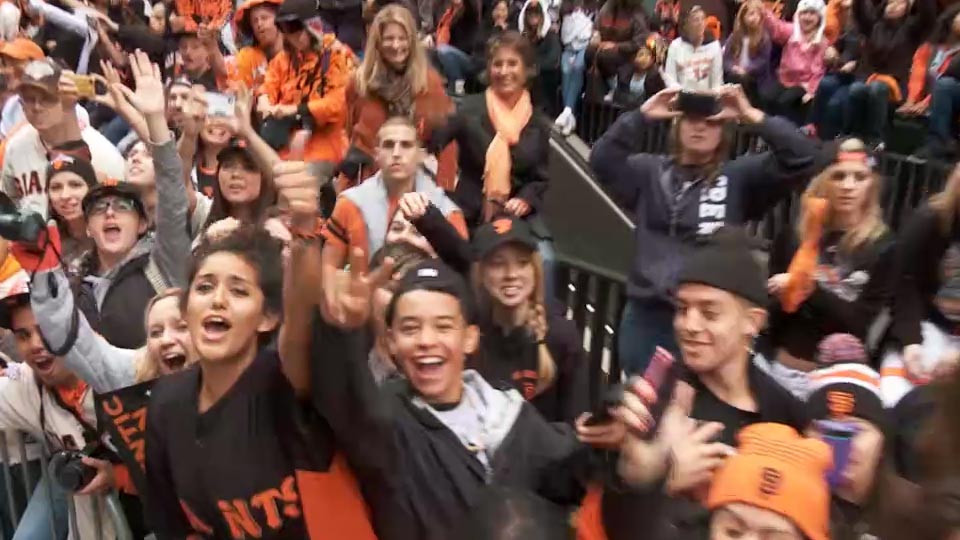 I could do sweeping crane shots over the fans with the camera on a monopod.

The energy was contagious and I look forward to the editing! 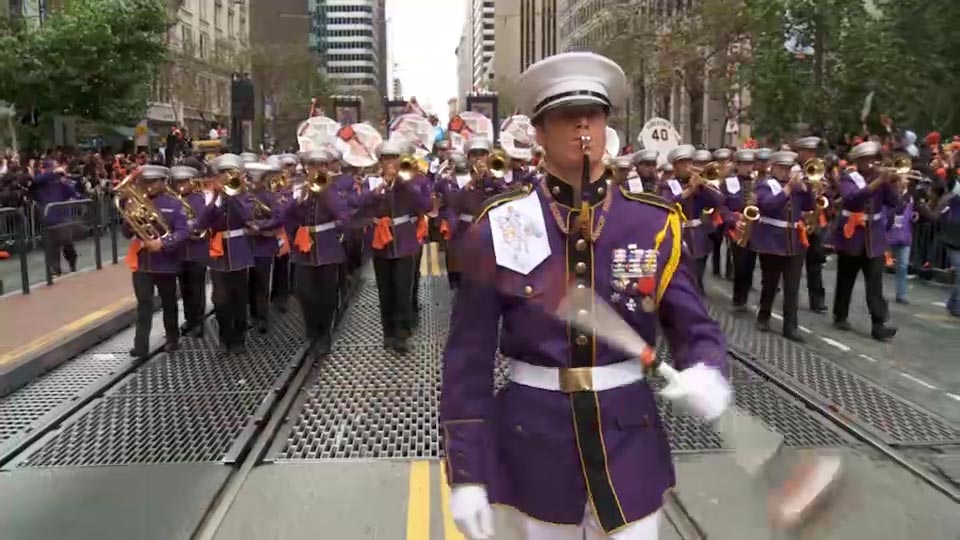 This video was all about movement.