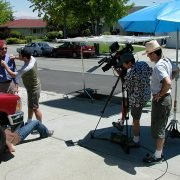 I avoid debt if at all possible, but some reasons for borrowing are very valid if you just don’t have the cash on hand: fixing a leaky roof, a college education for your child, a car so you can get to work. That was the point of a series of videos we produced for a bank which wants to remain anonymous. 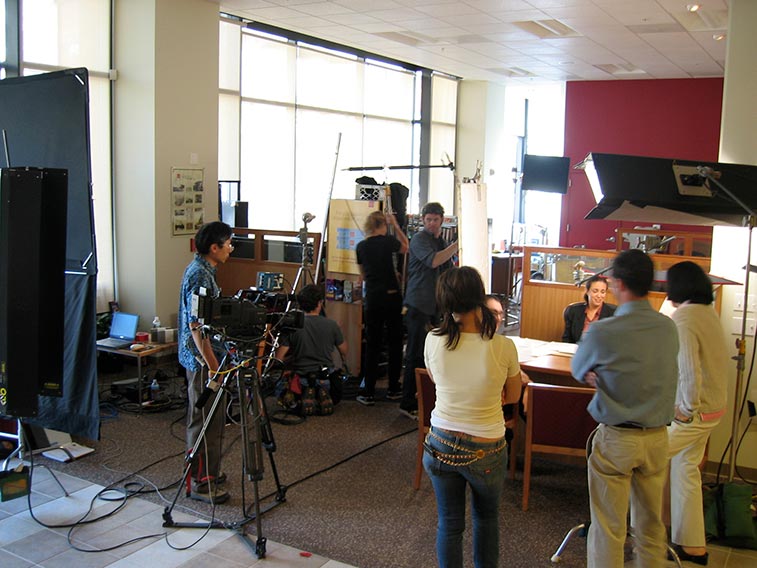 We shot in an under-utilized bank branch.

Our five-day video shoot took us from a bank branch in San Francisco to a private residence in Pleasanton. Our own home once again became a movie set for the day. And we rented a friend-of-a-friend’s funky kitchen for a day. 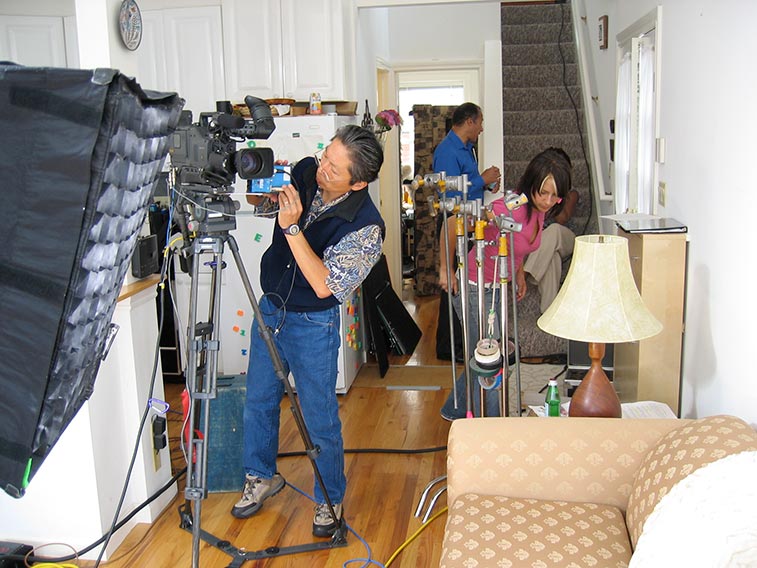 Once again our own home becomes a movie set.

The kitchen scene took place during a dark and stormy night when a young couple discovers their roof is leaking. It was fun rigging a steady, controllable drip system for the video shoot. I used a series of drip irrigation sprinkler heads and while it looked quite serious on video, we did not flood the kitchen in any bad way. 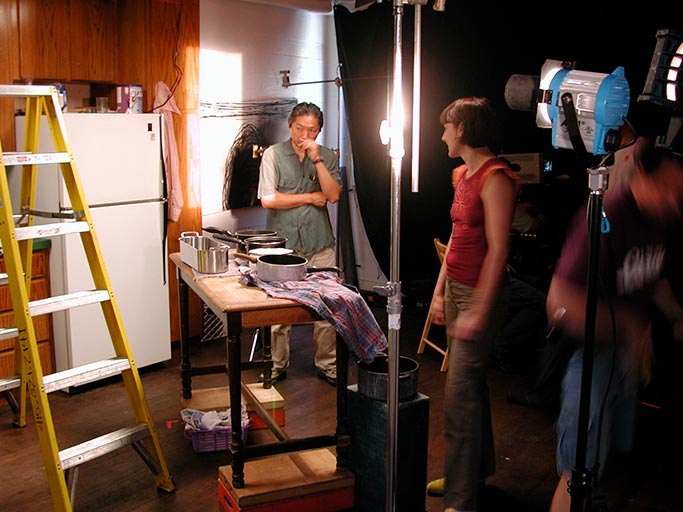 We found a funky kitchen and rigged up a leaky roof prop.

The program is destined for DVD to be mailed out as part of a promotion packet designed to get homeowners thinking about how they can unlock the power of their home equity. This is our third video project for this bank. 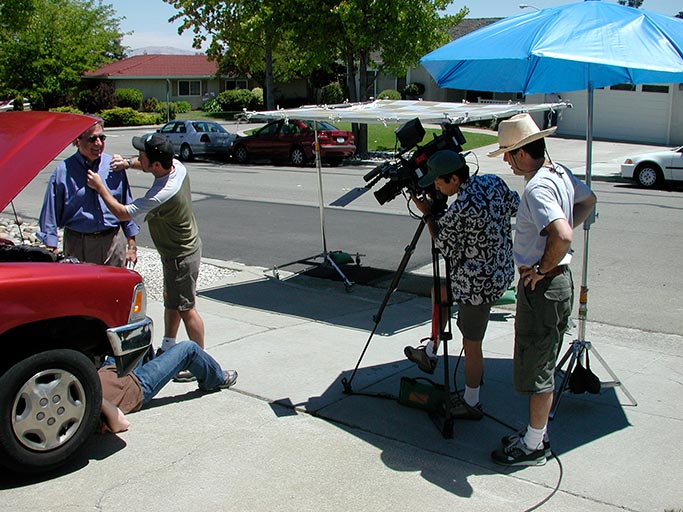 Shooting at a private residence in Pleasanton.

Some of the key players of this video production were: