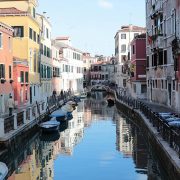 The point was to direct a video shoot, not to play tourist in Venice, but since it was my first trip to Italy and I found myself in the neighborhood, I’d been a fool to turn down the opportunity. 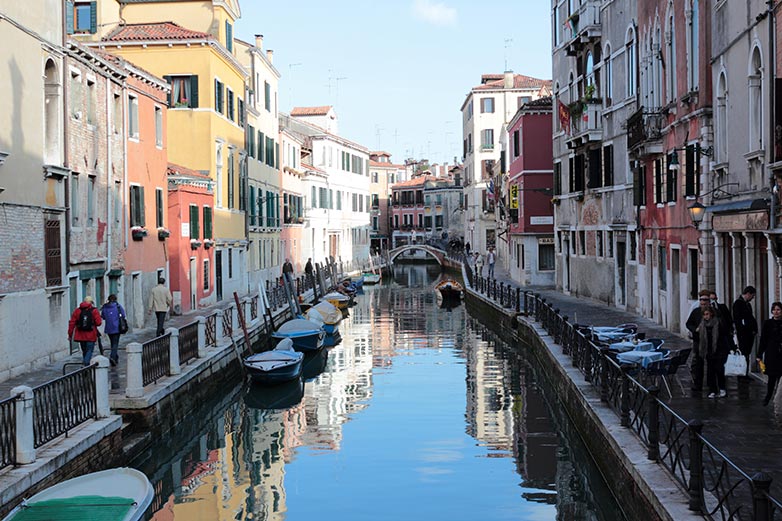 Venice in the morning.

This video program was once again for Hewlett Packard. HP developed an online ordering system for the fashion house Valentino and wanted to do a promotional video about the technology. The system runs on an iPad front end and a powerful server behind the scenes. Besides suggesting which shoes or handbag go with which outfit, the system can also show you some of the latest runway shows. (The users of this application are the polar opposite of the users of a technologically similar system I shot for HP in Paraguay a year later.) 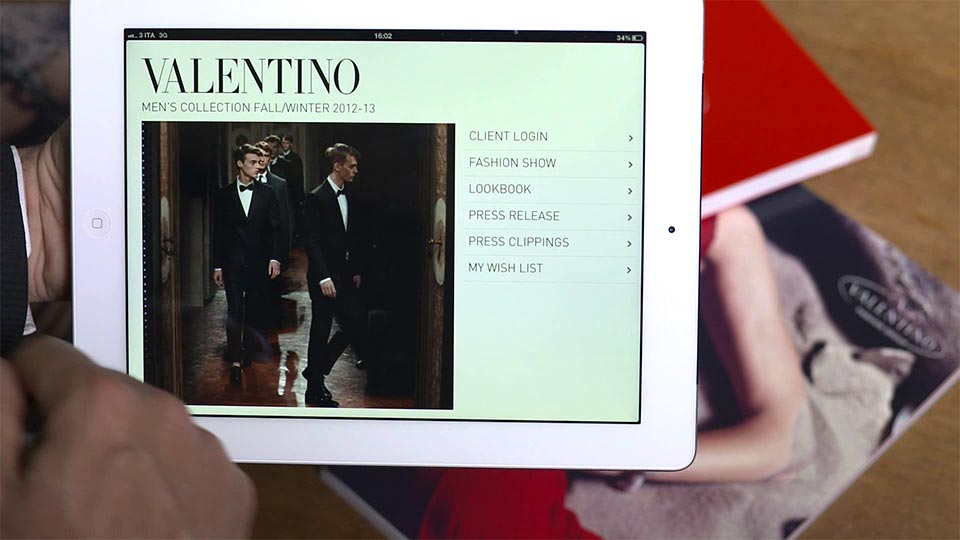 Valentino app by HP running on an iPad.

I flew to Milan to direct a local film crew. We shot in the Montenapoleone fashion district and then we drove to Valdagno, a small town in the foothills of the Alps where Valentino’s factory is located. There we interviewed the head of Valentino’s IT department.

The Grand Canal in the evening.

Much to my delight the closest airport for my return home was Venice, so I took two extra days to explore this magnificent city. Milan was nice enough, the factory in Valdagno was just a factory, but Venice blew me away. The most memorable was waking up in the morning and hearing nothing but church bells; not a single car on the street since there are no streets. I love walking, so I crossed Venice on foot several times, but never in my life did I have to rely on a map so often just to keep my cross-town bearing in the maze of narrow passages. The feeling was indescribable and if you haven’t been there, put it on your bucket list!