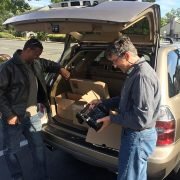 Wow, what a day! Today we bought a new Sony PXW-FS7 camera, but the story began ten days ago at NAB.

My brother-in-law Daniel Gamburg (Enlightened Pictures) and I went to NAB to make a decision whether or not to buy a new camera. We determined it’s time to upgrade to 4k for a number of reasons and as we looked around, we both agreed that the Sony PXW-FS7 Mark II is the right camera for each of us. We talked to sales reps from B&H as well as Adorama and they both said that the camera price is firmly set by Sony and they can’t sell it for less than $9,999. But they promised to give us a deal on everything else.

Once we got home I took their best quotes and realized the $15,000 each of us was prepared to spend had a ridiculously small discount of about $150. So I called up California Media Solutions in Benicia, a company from whom I bought my Sony PMW-EX3 camera which has served me well since 2008. Sales Rep Detroy Moore wrote up a quote and the discount on our two packages was much more reasonable, even though he once again could not change the price of the basic camera. But the Metabones adapters each of us needed were at a very good price, as was Daniel’s new Mavic Pro drone.

Daniel had a trip to San Francisco planned anyway, so this morning I picked him up at the airport and we were going to go straight to Benicia to pick everything up. That’s when the day started to get screwy.

A fire at the Benicia refinery threw off our plans.

This morning there was an accident and a fire at the Benicia Chevron refinery, causing a lot of smoke to waft over the industrial park where California Media Solutions’ office is. The authorities evacuated the industrial park and our cameras were stranded. Also, the Metabones adapters were due to arrive by FedEx this morning, but the truck was not allowed to enter the area.

So Detroy and his boss Josh Hatfield spent the morning chasing the FedEx truck around Benicia to get our adapters. Then they had to sneak past the police barricades to walk to their office and bring out our two cameras. In the late afternoon they met us in a Starbucks parking lot to complete the transaction. 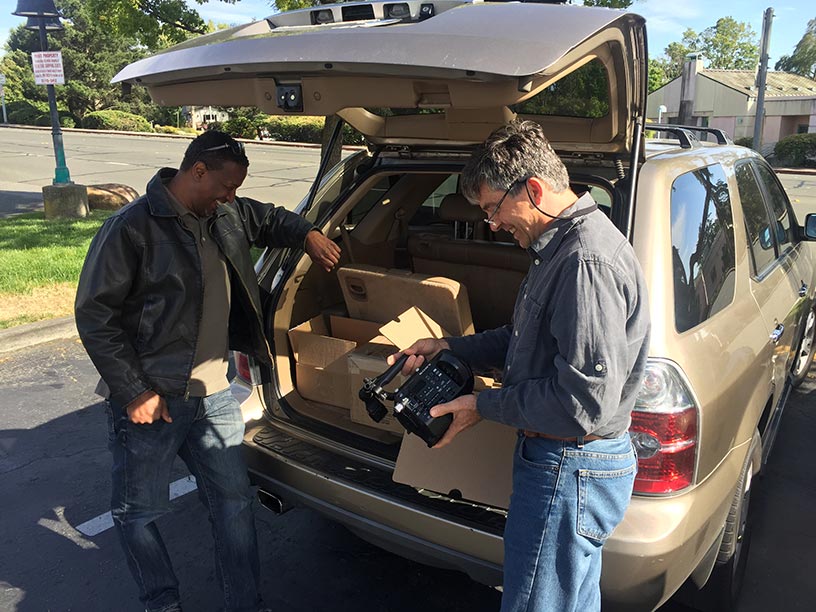 So technically I suppose we bought our cameras off the back of a guy’s truck. Nevertheless, they are not only brand-new cameras, they are the Mark II, the latest model. Thanks to the infinitely variable neutral density filter and the Metabones adapters which allow us to use 35mm full-frame lenses, we look forward to shooting beautiful shallow-depth-of-field footage. Daniel already has us scheduled for a 3-day shoot with the new toys.