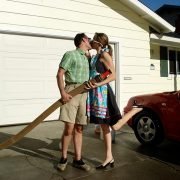 Everybody likes to have fun, but government video production and corporate communications rarely afford the opportunity. Our production of a series of Public Service Announcements for the City of Benicia were a welcome exception. 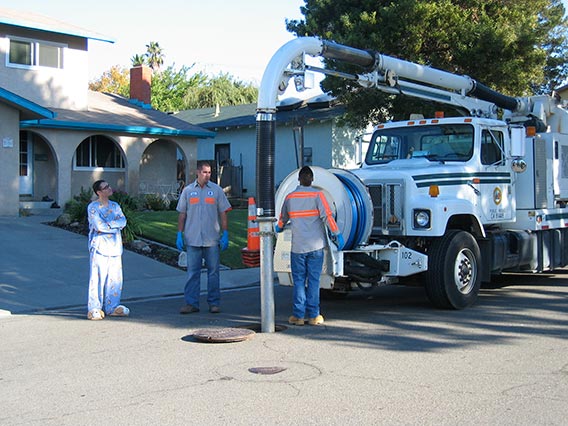 Mr. Clueless in bunny slippers watches his sewer being cleaned.

Benicia’s Department of Public Works needed a series of Public Service Announcements produced to promote good water quality. To hold audience attention they wanted a humorous approach and they suggested going with a silent movie comedy style. Our Producer, Angela Gamburg, suggested her brother, actor and video producer Daniel Gamburg to be the main character. Melinda Vyvyan was the leading lady. 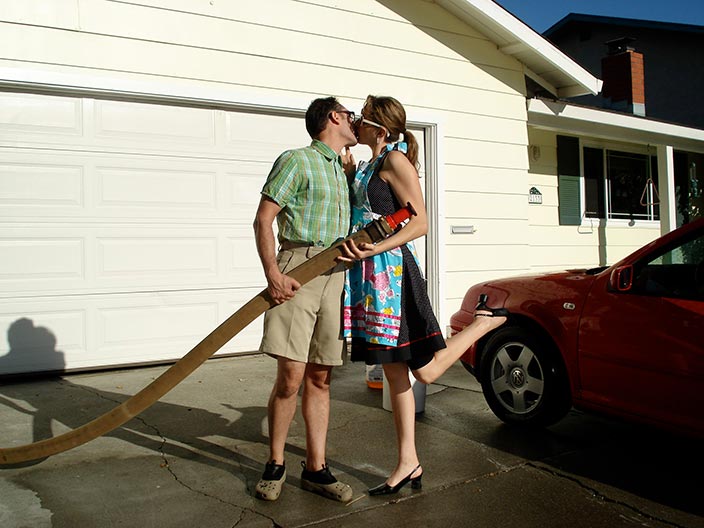 I developed a pair of characters, Mr. and Mrs. Clueless and wrote six short scenes for them. In the first one, Mr. Clueless goes fishing off the municipal pier, but hauls out only trash. His wife arranges for it to be sorted into proper recycling containers. In another scene we see the Clueless’ wasting outdoor water as if it were from a fire hose. Yes, the Benicia fire department provided a real fire hose with enough pressure to swing Daniel around. Then there’s Mr. Clueless clogging city sewers with grease from his breakfast and Mr. Clueless searching for a place to dispose of his unused medication rather than flushing it down the toilet. 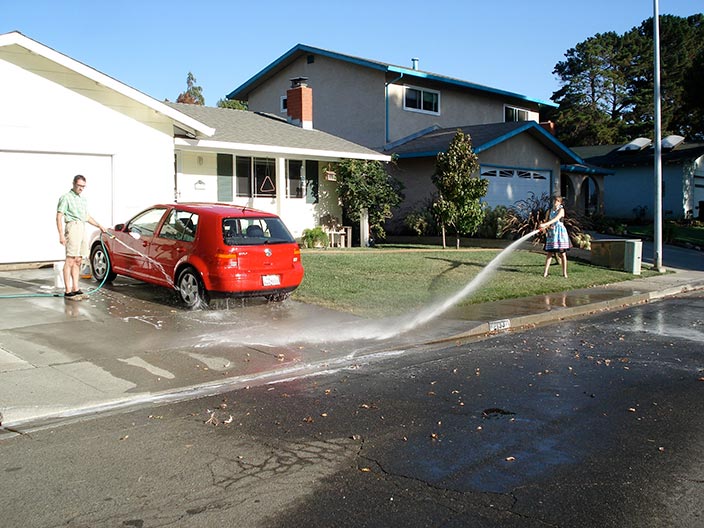 Who wouldn’t want to hose off their sidewalk with a fire hose? Just once.

An unexpected “oops” moment came while we were shooting Mr. Clueless getting busted for not picking up after his dog. I had the brilliant idea of crafting dog poop out of a Cliff bar. It looked as good (bad) as any poop could and it was easy to work with. It even smelled good… good enough for our dog actor to eat it the moment he got near it. Ooops! Our cameraman Brad Seals saved the day by finding real poop across the street. Omid Amjadi was our excellent sound man and Melinda gets extra credit for wrangling props. 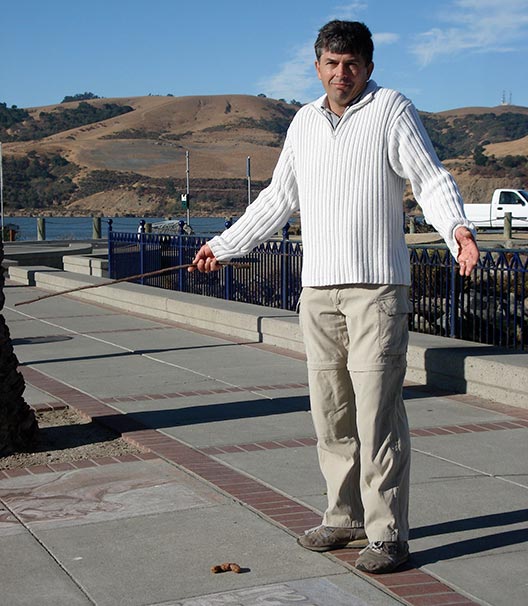 The dog poop looked great but didn’t work out.