Like most video production businesses of our size, we depend on freelance contractors for sound recording, TelePrompting, lighting, camerawork and makeup. It’s the most efficient way to work because we only need these services for a few days a year. But these are crucial services that need to be performed by competent people, so we work with the same people over and over again for years and they become trusted colleagues.

I’m not a financial guy by any stretch of the imagination, but I’ve been in the video production business for a long time and I think I understand this. So I wrote up what I know on the subject for our freelance group. Some of you may also find this information useful as an overview:

Why does the IRS prefer employees?

It all has to do with the IRS wanting its tax money. IRS loves employees and distrusts contractors. The IRS collects employment taxes from employers (that’s what pays for Social Security and such) as well as Income Taxes directly from you. And the IRS is afraid that contractors may cheat on taxes and reduce revenue. Employers also have deeper pockets and the IRS would love to bust a big corporation for not paying employer taxes on the people they use.

So by default the IRS would want to classify everyone as an employee. Part-time or irregular hours have nothing to do with it, you can still be an employee. You don’t get any benefits such as healthcare or retirement? Too bad, you can still be considered an employee and your employer has to pay taxes for employing you, and the employer has to take income taxes off your paycheck and have the IRS hold those taxes in your name until you file your tax return and then you may (or may not) qualify to get some of those income taxes back. That’s the W-2 form, for taking taxes off your paycheck.

What is a contractor?

A contractor is an independent operator, responsible for paying their own Social Security taxes. And they are hefty taxes, basically doubling your income taxes. (Yup, an employer pays about as much Employee taxes on your behalf as you do on your Income Taxes.) As an independent business and a contractor to major corporations, we at eIMAGE pay Estimated Taxes every quarter and hope that by the end of the year we’ve paid roughly the right amount. If we overpaid, the money comes back to us, but if we seriously underpaid, there are penalties.

If you’re a contractor, at the end of the year the company you do business with sends you a 1099 Form where they tell you and the IRS how much money they paid you in the course of the year. The IRS adds up all the money all these companies say they paid you and you’d better report at least that much money as income. (Companies who paid you less than $600/year don’t have to send you a 1099 form.)

So make me a contractor!

There may be others, but this is what I can think of now. And if you think about it, it makes sense. If you’re an employee, you would not carry your own insurance, you would not advertise your services, you would not file for a fictitious business name, you don’t buy your own equipment.

There is no single item in this list which would either disqualify—or make you—a contractor. It’s a combination of these factors. The more of this list you can check off, the better your case for being classified as a contractor. Some Aggregators ask for three or four of the above items to prove you’re a contractor, although all of the ones we dealt with, require Commercial General Liability Insurance.

You can be incorporated as well and that would help, but there’s nothing wrong with being a sole proprietorship or a partnership.

If you’re new to the business world, a fantastic resource is SCORE which stands for “Service Corps of Retired Executives.” It’s a free organization run by volunteers and funded by grants to help small businesses and freelancers. You can request mentoring and that’s a great way to get all your business questions answered for free. I learned all these basics when I first started my company in Oakland back in the 1980’s and we went back to SCORE in San Francisco many years later to be mentored and to brush up on promoting our services in the 21st Century. Truly a great (and free!) organization.

And that’s the extent of my knowledge on this subject. Hope some of you have found it useful. Good luck to you all in the new Gig Economy!

More From our Blog 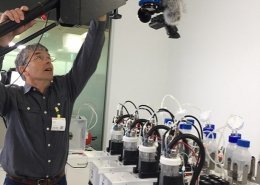 August 1, 2018
It’s not enough to consider yourself a freelancer; you have to be able to prove it. And it’s important to get it right, otherwise the IRS can ding you for back taxes. 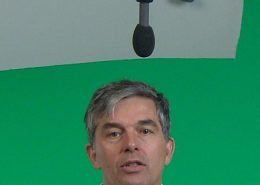 February 24, 2017
Lavaliere microphones are not your only choice. Learn about shotguns, cardioid and omni-directional mikes. 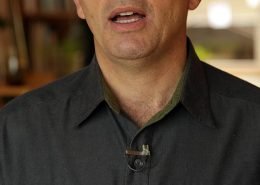 February 8, 2017
Nothing marks an amateur video more than poor sound of people speaking. A lavaliere microphone is a simple solution to great interview sound.

February 2, 2017
More than forty years behind camera qualify me to write a blog about video. This is my introduction.
Event Video Production