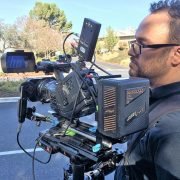 We just had a fun video shoot with a Steadicam. OK, it was not a chase scene through a warehouse but a corporate video, but it was still fun. We had the president of Hewlett Packard Inc. for an hour of recording. Since each video program was intended for a different audience, we could leverage a single setup and record three different scripts. This made for an efficient and cost-effective video production.

When we were done with the president, we recorded a few stock shots of the offices of Bill Hewlett and Dave Packard, the company founders. Their offices are kept as a shrine with their original furnishing to remind visitors and employees of the corporation’s humble beginnings. And we did a couple of nice exterior shots. 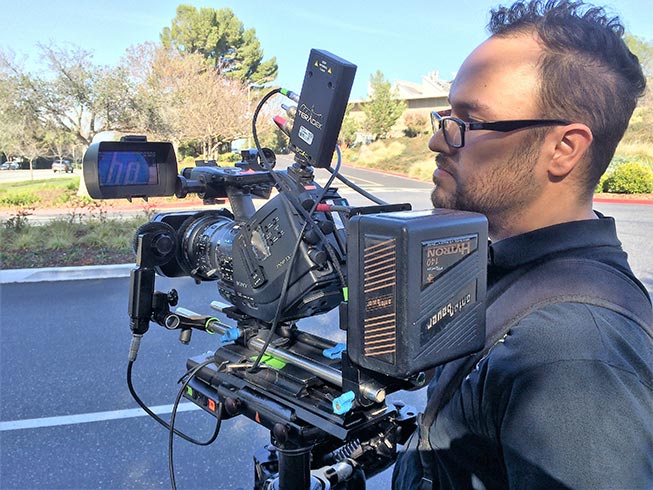 The Steadicam operator was Benjamin Casias, a joy to work with. Spencer Commons’ crew did our lighting and Lorin Fink was on TelePrompter. The Prompter was a portable rig which we own. It runs wirelessly on a pair of iPads. The software can be a little finicky, but Lorin has it handled. 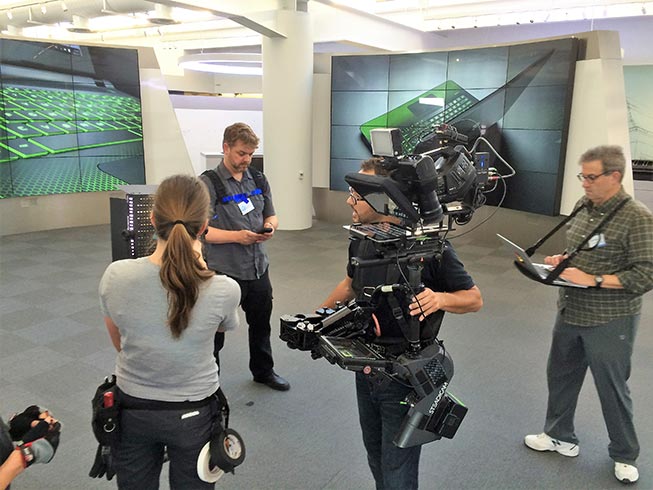 Steadicam and a wireless TelePrompter

A Steadicam is one of several ways to dress up an otherwise ordinary corporate video production. We always do our best to bring the highest production values into every corporate, marketing or advertising video program while keeping an eye on the bottom line.

Springtime in Rome
Scroll to top