Trade Show Video in a Hurry

When the client says “GO”…

…we go. In this case there was no time to spare: we were to shoot on a Thursday in South San Francisco and the trade show which was to feature the video was to happen in Philadelphia the following Tuesday morning. 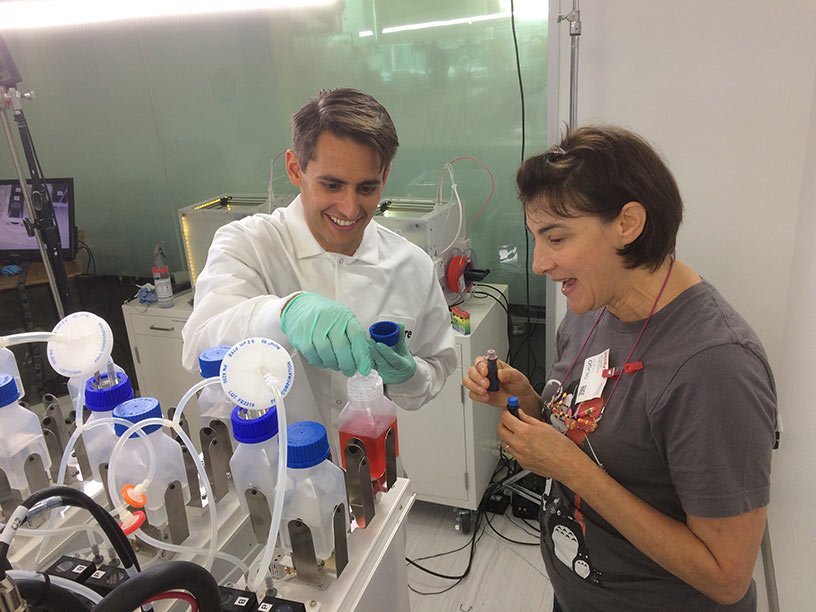 …and there’s no budget for extra lights…

…we work with what we have. In this case we had a roll of new LED lights that were meant to go into separately-ordered fixtures. But those fixtures hadn’t arrived from the British manufacturer yet. So we slapped the LED strips on long 1×2 pieces of lath and we lit most of the project with that. 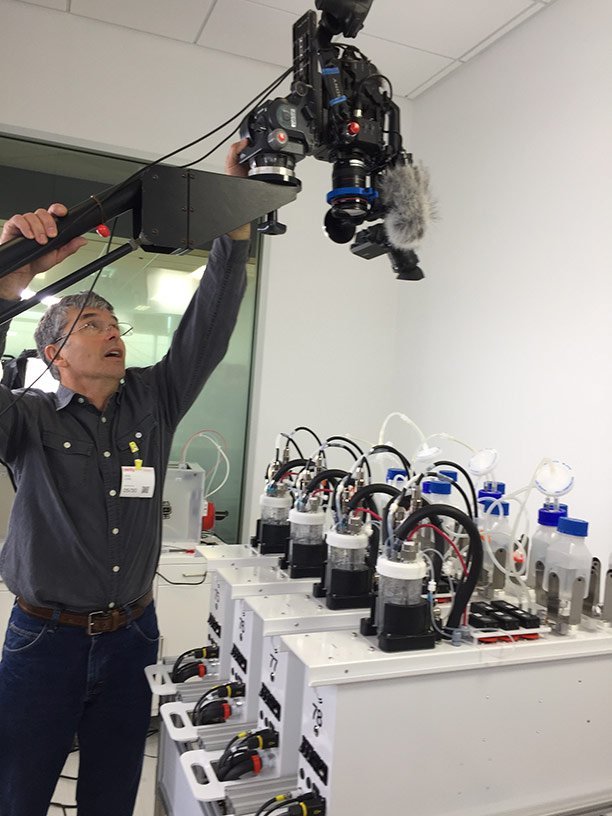 Straight-down shot from our in-house jib.

…prepare to be surprised…

…it turned out to be the right tool for the job. The look we were after was a flat-white look, best done in an all-white studio with lots of elbow room and a white cyclorama. Instead, we had to shoot in a spare room at the client’s facility. The long strips of light provided the kind of soft lighting we needed and their long-and-skinny form factor made them light and maneuverable. 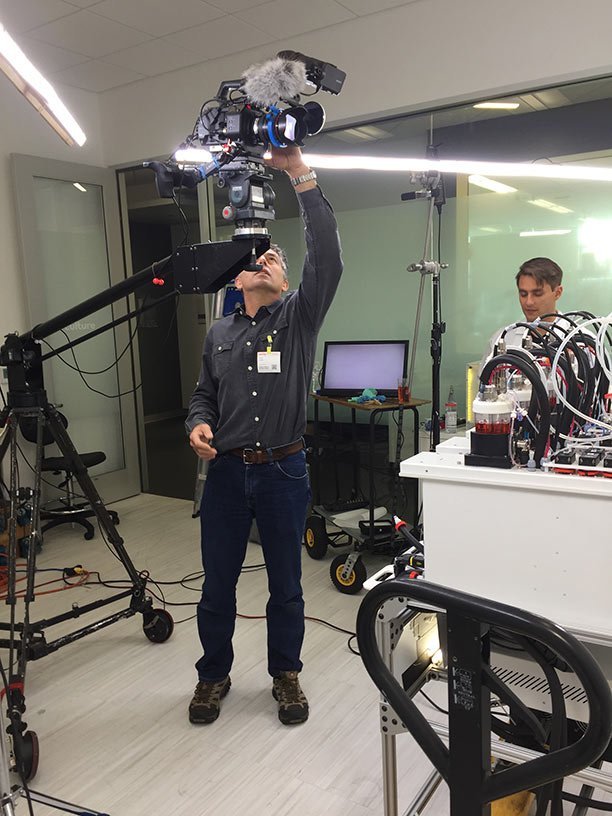 The long, skinny lights were held in place by rubber bands.

…and then GO with it.

The lights are now in nice 1-meter long channels with diffusers in the front, each with an array of four switches to vary the intensity. They’ll be great for interviews, for lighting up objects and for lighting up a green screen background; we have several chromakey projects coming up. This week I’m expecting delivery of three more rolls of the same LEDs and I have a new light design in mind. Long live improvisation! 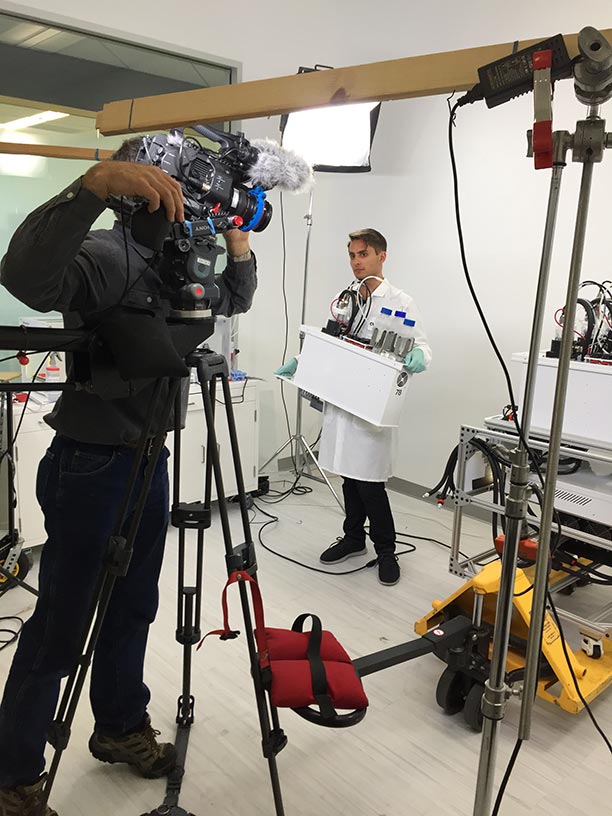 Amazing what you can do with a lath and rubber bands. 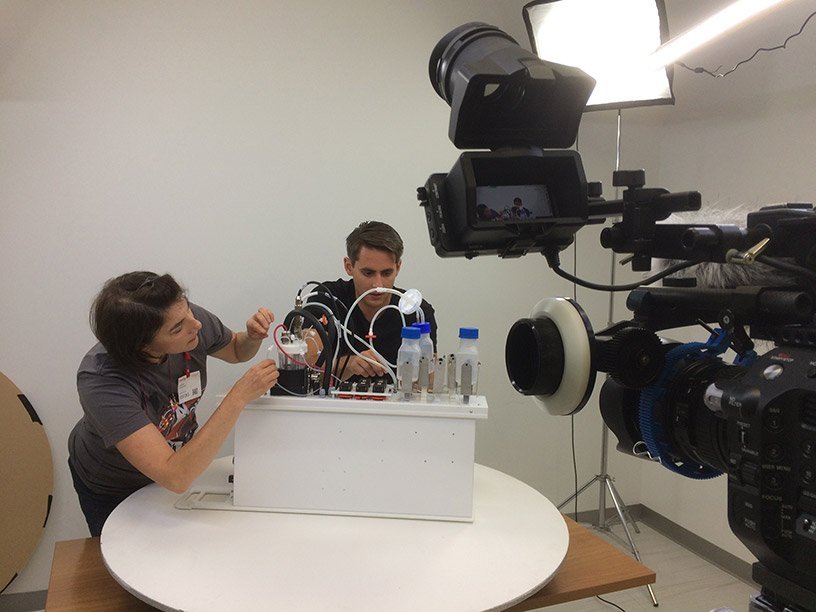 Bottom line is that the project looked good and the client was thrilled.