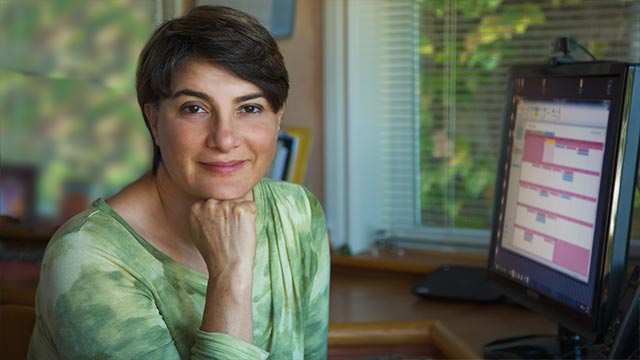 Angela Gamburg is a producer of video programs for business, social media and government clients. She has been running the video production company eImage since 1990.

Film production is Angela’s life. She studied film at UC Santa Barbara and graduated with a film production degree from San Francisco State University in 1991. Her uncle is a television producer in Moscow and her brother an independent filmmaker in Los Angeles.

As producer, Angela blends an intimate understanding of all phases of video production with exceptional people-skills. Since all business is personal, she provides a sturdy bridge between the needs of the client and the nuts-and-bolts of video, resulting in a smooth production and a satisfied, repeat client.

In 1979 Angela emigrated as a child with her parents from Latvia (at that time part of the USSR). She now lives with her husband, their video production business and a garden in San Francisco. Her side passion is nutritious cooking.